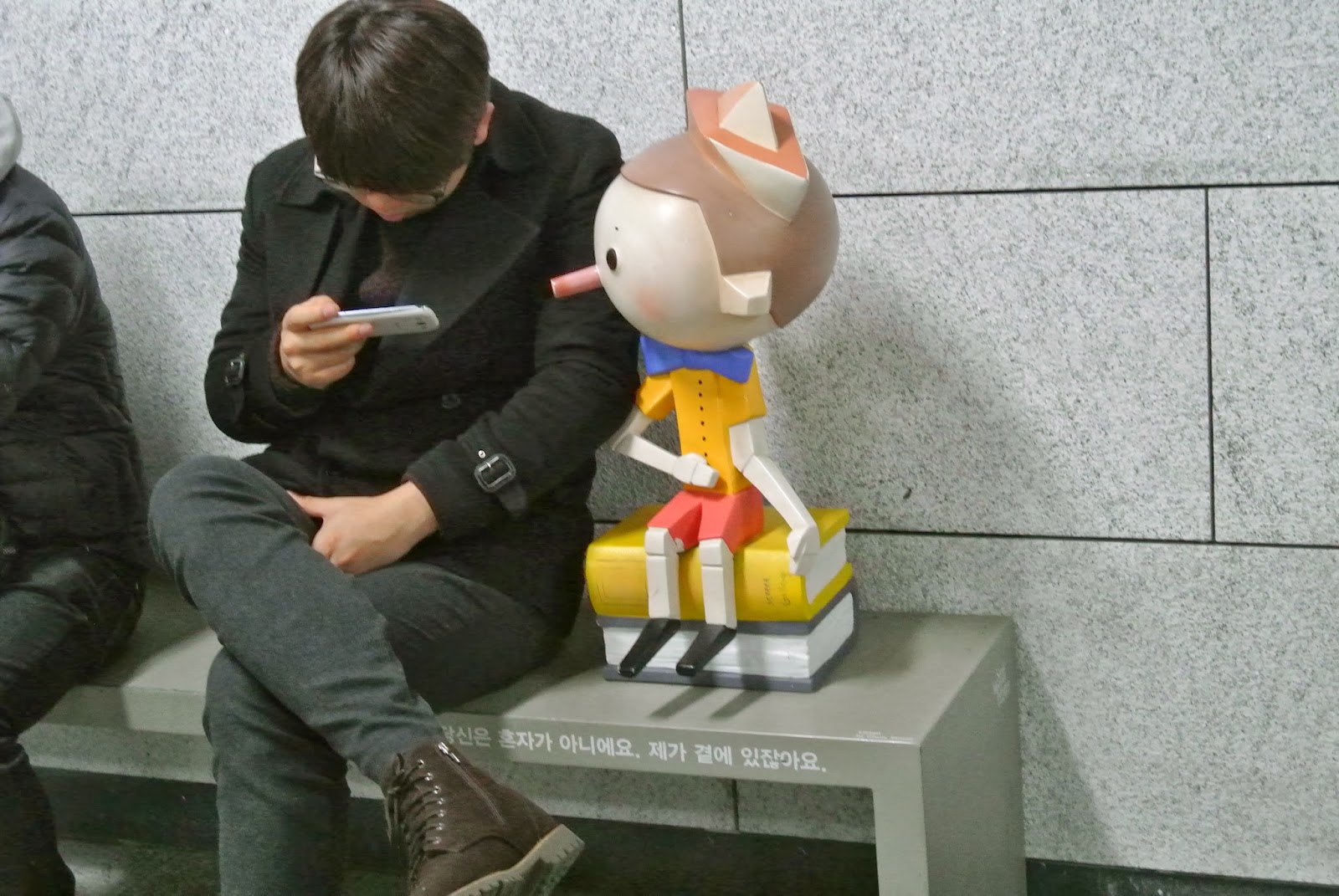 Seoul subway is always crowded and busy, there are 9 main lines in the subway, there are around 5 millions passengers coming in and out the train or transfer from line to line every day. As Seoul the metropolitan city so I think the government concerns on making the subway become more comfortable and not being another stressful place to go, that’s why there are many underground shopping centers which integrated to the subway station and a lot of convenience stores, snack shops, and vending machines inside the subway station.

When I was waiting for the train to arrive at the Seoul subway, there were some benches provided for the people who are waiting. There were some intricate depictions of cartoon characters on the right side of each bench which I assume that it’s one of the way to make the subway stations look more interesting instead of being stuffy.
There was a moment that caught my attention. There was a guy who was so into his smartphone, as almost all Koreans do when they are inside the public transport, sitting closely next to Pinocchio sculpture on the bench while Pinocchio was looking toward to the right side on where the guy was playing his smartphone. I took a picture immediately of it secretly in a flash so that the guy wouldn’t be aware of my action. This moment was so funny because the Pinocchio looked as if sneaking and being curious to death of what the guy was looking at his phone screen. If I could narrate that moment, it would be like: “hey dude what are you looking at? I want to see, I want to see, let me take a look!” said the clingy Pinnochio while elbowing that guy in the black coat.
Post Views: 1,510
Comment