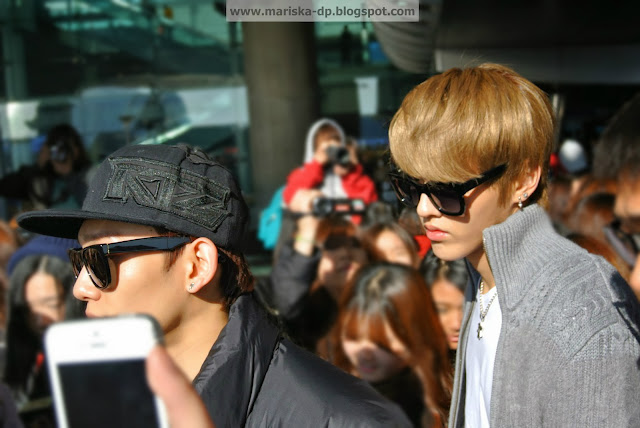 Do you have any idol?

How do you admire your idol?

By appreciating their work like buying their album, watching their movie, or get inspired by their fashion style?
Having some of their posters on your wall?
Having their biography?
Buying all the magazine which contain your idol?
I was into kpop, yeah I’m still listening to kpop sometimes but not as much as I did in the past 2 years.
I still remember during early days when I was a huge fan of some kpop group, I was crying while watching their concert or music video from my computer screen, deprived of meeting them in real.
But what dragged me into kpop was not because of the beautiful face of the member, I like listening to music a lot (who doesn’t tho?), my playlist had been changed several times as I grew up. From hip hop to punk, metal, electronic pop, brit pop, it changed annually. Oh, and liking boyband isn’t a new thing for me. When I was 7, yes…7 years old, I was a huge fan of Backstreet Boys, Boyzone, and Westlife. I got influenced by my sister, she had all the cassete of those boybands. And when she played the cassete on player in our room while she was studying, I was dancing along the music as if I was one of Backstreet Boys’s member or back dancer at least, lol.
Back to kpop, I was really amazed by their choreography and the catchy beat of its music, it was something fresh to me. So I started liking and digged out more about kpop, not just 2 or 3 boybands that I had follow…but more and more and I even knew the newest group that appear in kpop industry.
Then I started to buy their original albums, if they released new album I always tried to order in the first batch in order to get the limited original poster. I also bought the korean magazine which has them on photoshoot and interview session, did I read them? No, I was blind about korean back then. Just looking at the pictures and touching the paper and knowing the smell of its magazine made me happy already.
I covered my wall with their posters. When I saw them, sometimes I thought when would I meet them, it seemed impossible since I don’t live in Korea and if they have concert in Indonesia there’s no guarantee that I could watch them, and even if I come to their concert we will still have a distance between the stage and audience.
But who knows about what will happen in the future?
I thought going to South Korea was something impossible for me, but apparently God gave me that chance.
Tbh, watching kpop concert was on my last list when I was in Korea, I was planning to watch SMTOWN Week of EXO (one of the rising boyband at the moment) on christmas, but because I was really busy and my interest towards kpop had been decreasing few months before I came to Korea, I decided to cancel buying the ticket.
Surprise surprise, when I went to Incheon Airport, I saw many girls with their dslr camera and expensive lenses were waiting in front of arrival gate, they were soooo many, some of them were standing above the chair and some of them were bringing their own folding chair in order to be able to see the idol when they come out from arrival door to take some good snaps  for their fansite (fansite is a website managed by fangirl where they post the pictures they took of their idol).
I eventually found out that EXO will came out soon,
so I prepared my camera and wait for them.
Once they came out, the crowd was so crazy immediately, the fangirls were screaming and running to follow them from inside of the airport to the van.
I couldn’t really think clearly because it was crowded as hell, so I was just following them.
When I turned my sight on the l  eft, I didn’t realize that Chanyeol was beside me, we were so close. He was really tall, and I mean really really tall. He was wearing  black sunglasses, his skin was white and clean.

I kept walking, and again on my left side in front of Chanyeol there was Baekhyun, he was small lol, his face was quite unpleasant with the crowd because fans were pushing here and there, but still handsome

I kept walking and there was Kris just in front of me! We were so close, I could just touch him but I didn’t want to do that because idol needs privacy and touching is so rude! He’s so cool and charismatic, no wonder SM chose him as EXO’s leader.

In front of Kris there was Kai, he kept lowering his head and looked down, he was wearing cap, and yes his skin was brown just like what other EXO member usually joke about his skin colour

In front of Kai there was D.O, his height isn’t tall, he has really big eyes which look like almost pop out lol, he looked so confused with the crowd, he’s adorable like a little kid.

Chen is way more handsome in real life, he kept smiling even with those crowd. He’s so nice.

I couldn’t believe that I just walked together and just few centimeters away from my idols (especially Baekhyun and Kris as my bias), those faces whom I used to see only from the posters on my wall, the face that I used to see only in magazine, and the face that on the fan which I bought for only $3, but I finally could see them in real life.
I don’t regret that I cancelled watching SMTOWN Week, I think God exchange this by giving me a chance to see them so effin close and it was for FREE!

I’m so happy for having this rare event. I didn’t expect to meet any idol in airport but see what happened to me, it was so unexpected.
I feel so damn lucky, hehe.
But when I arrived home, I took the kpop posters off of my wall. Let them rolled up in a tube. Maybe someday I’ll tell my children a story that her mom was quiet insane, or I might giving it to kpop fans for free, idk… But one for sure is this is the time that I should retire from being a fangirl. Meeting them in real life seems like an accomplished mission.
I have much more interesting private life rather than just chasing idols 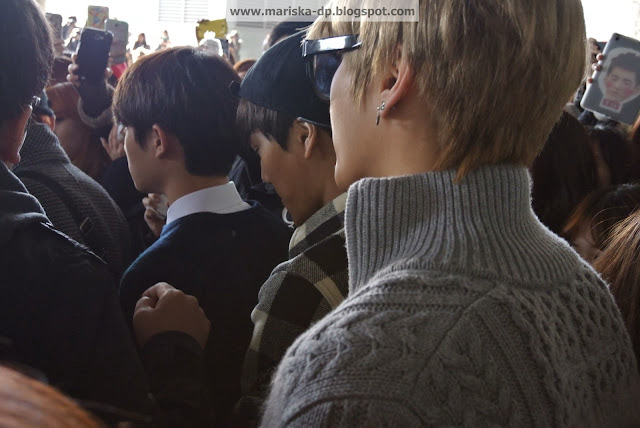 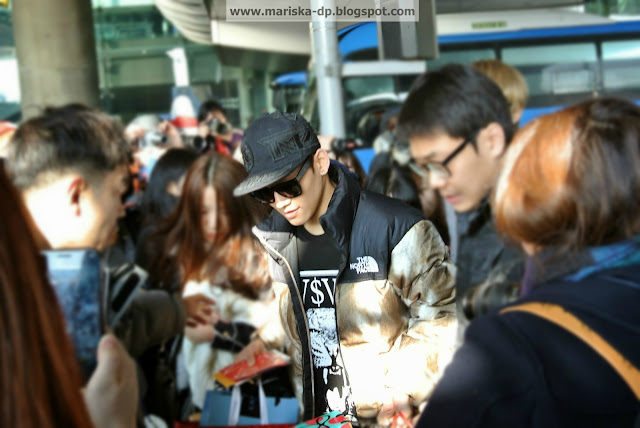 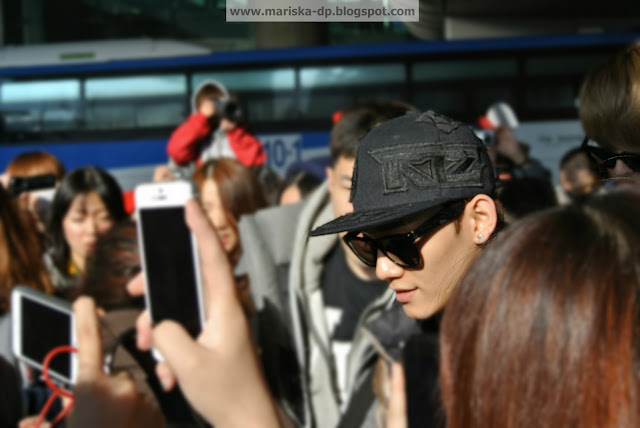