Skip to content
Hello. Good Evening.
I was checking my drafts and found these photos I took during my study in Kwandong University (now it’s known as Catholic Kwandong Univ). These photos were taken in the late December when the snow had already melted, it was snowing again until March the next year tho.
I must say thanks to my parents who were my no.1 financial supporter, Undip, and Korean Gov Scholarship for the opportunity to live my life as a foreign student.
So in order to appreciate that moment, let me put myself to the time machine and narate these photos one by one.
The post will be divided into three chapters as each post will expose different area of this university.
shall we begin… 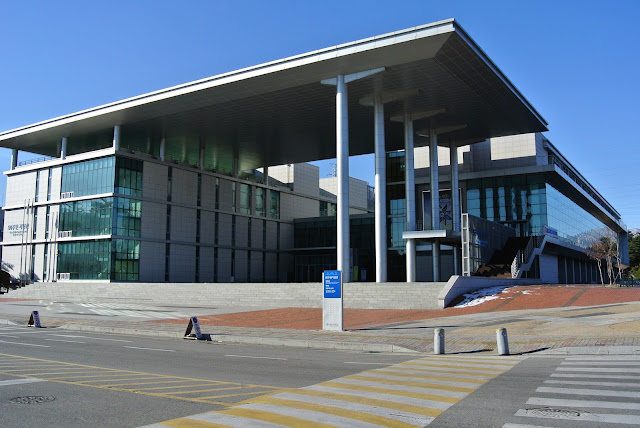 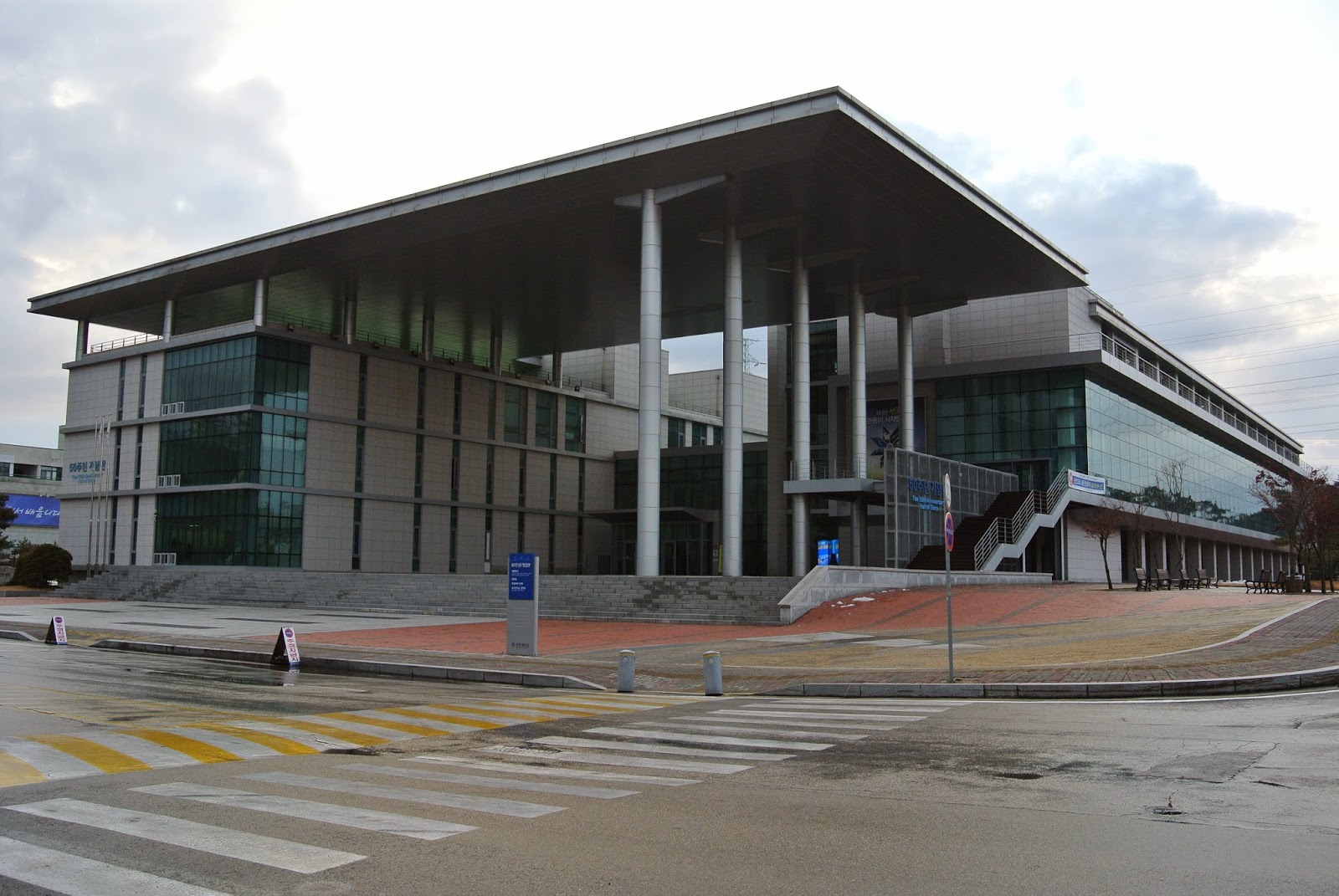 main building in KDU during winter

I suppose the building above is the main building of the university. I’ve entered the building 5 times only, first for Welcoming ceremony, then for placement test for what level I should be placed in Korean class (of course in beginner class lol), accompanied my Kazakhtan friend who was going to meet her professor, attending seminar, and the last is Closing ceremony. 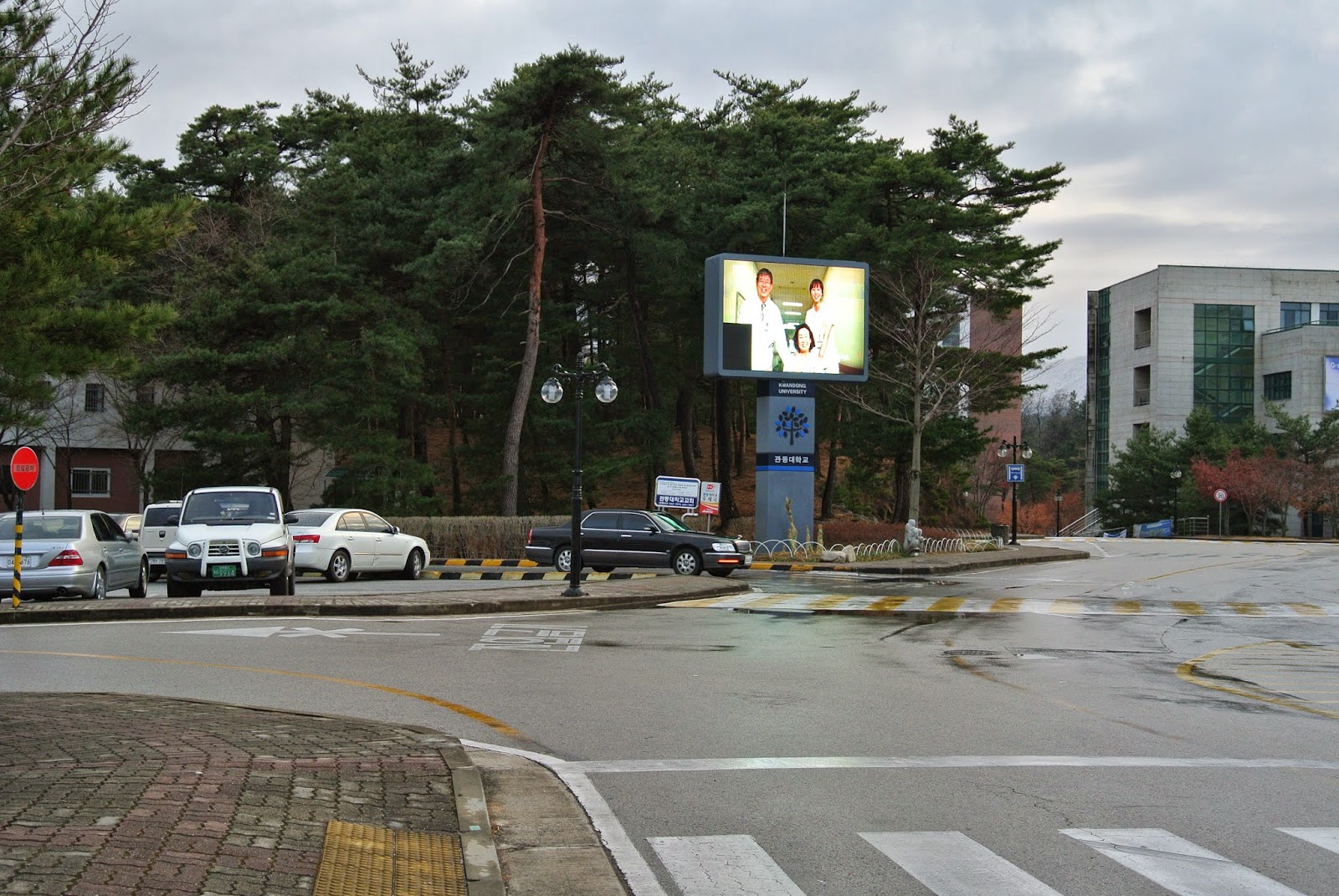 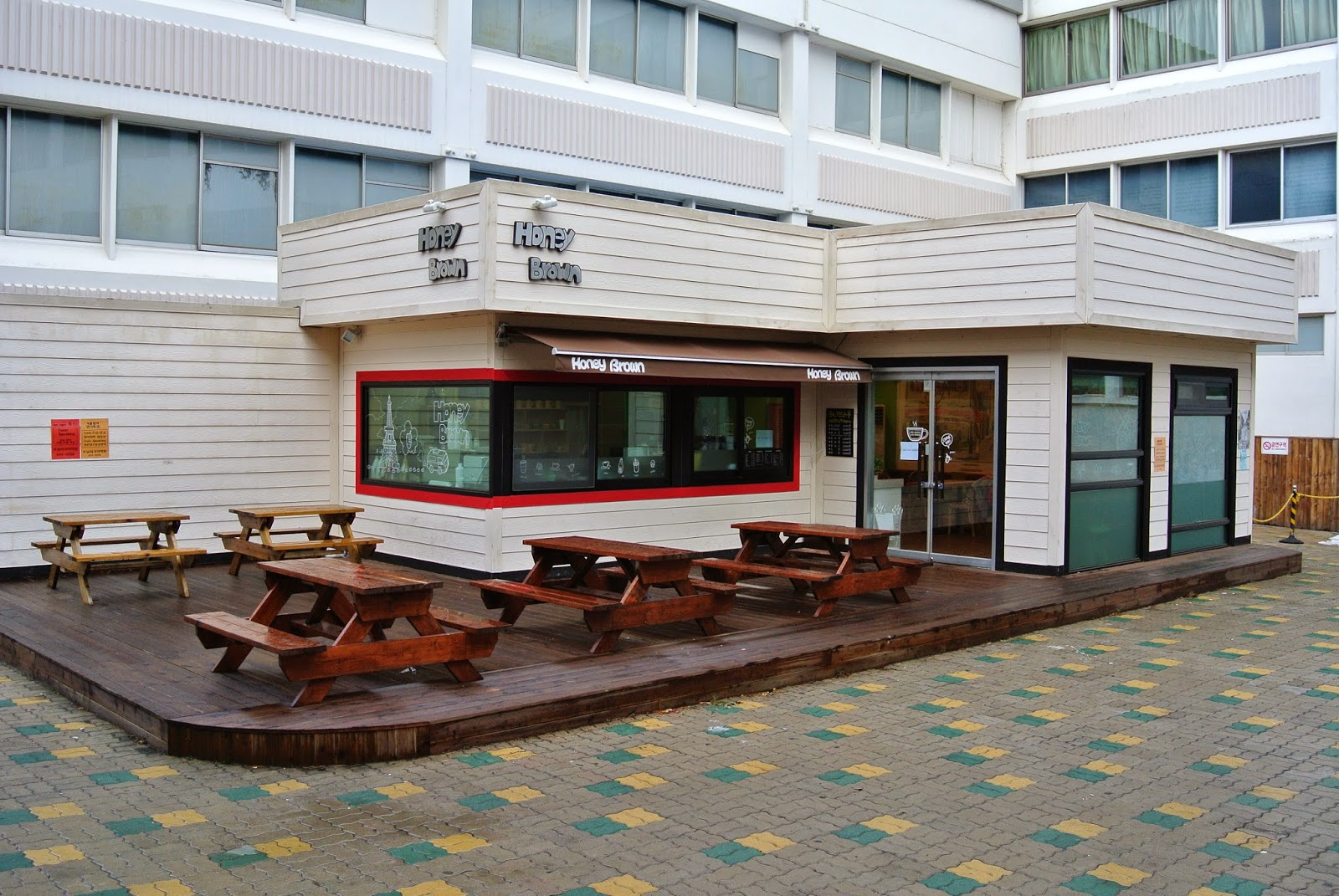 The cafe named Honey Brown. It’s located in front of the library. Boyfriend and I liked their hot choco and often brought them inside the library as companion for studying. 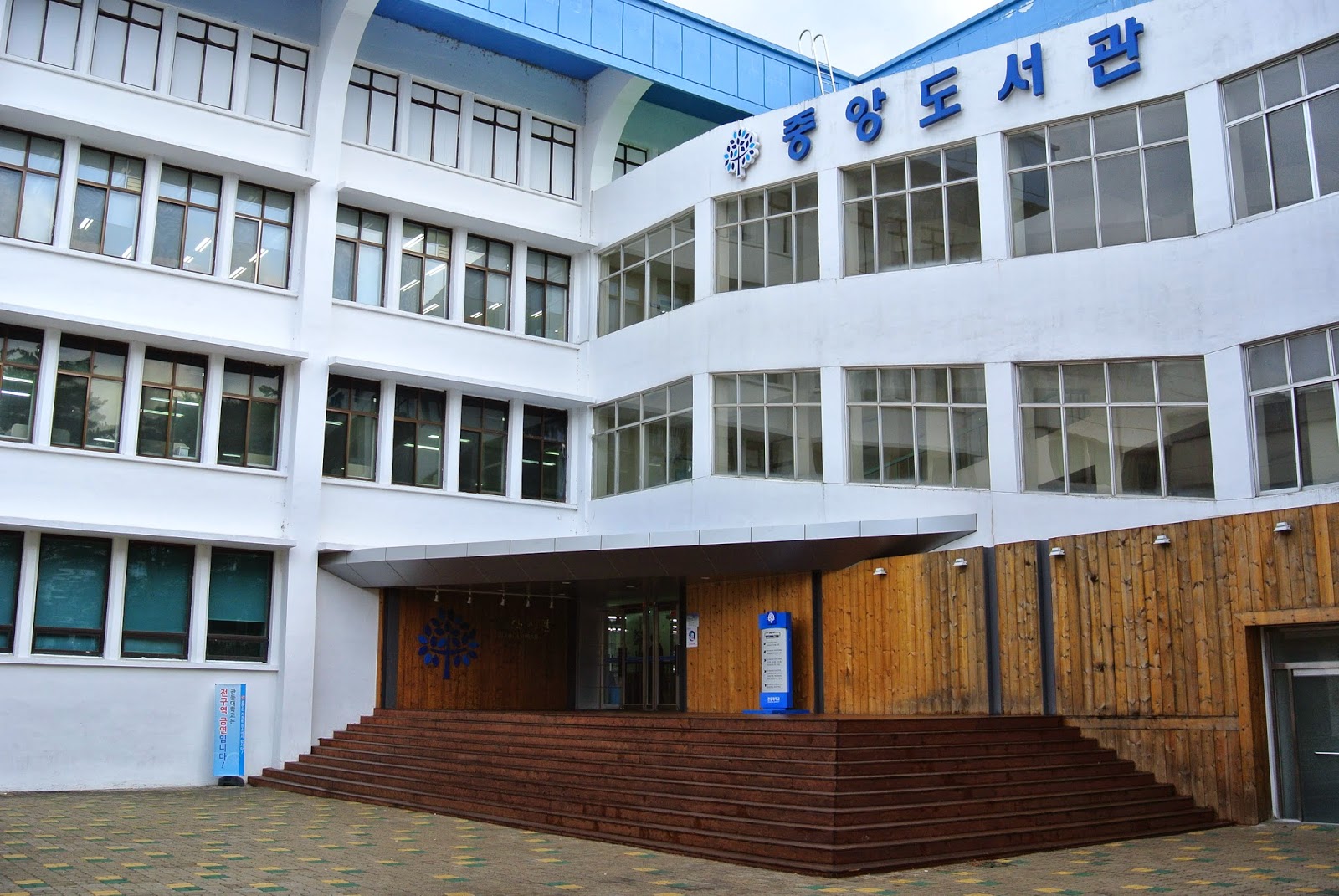 So this is the library, or 도서관 in korean. That door is the only access to enter the library, so shall we get in? 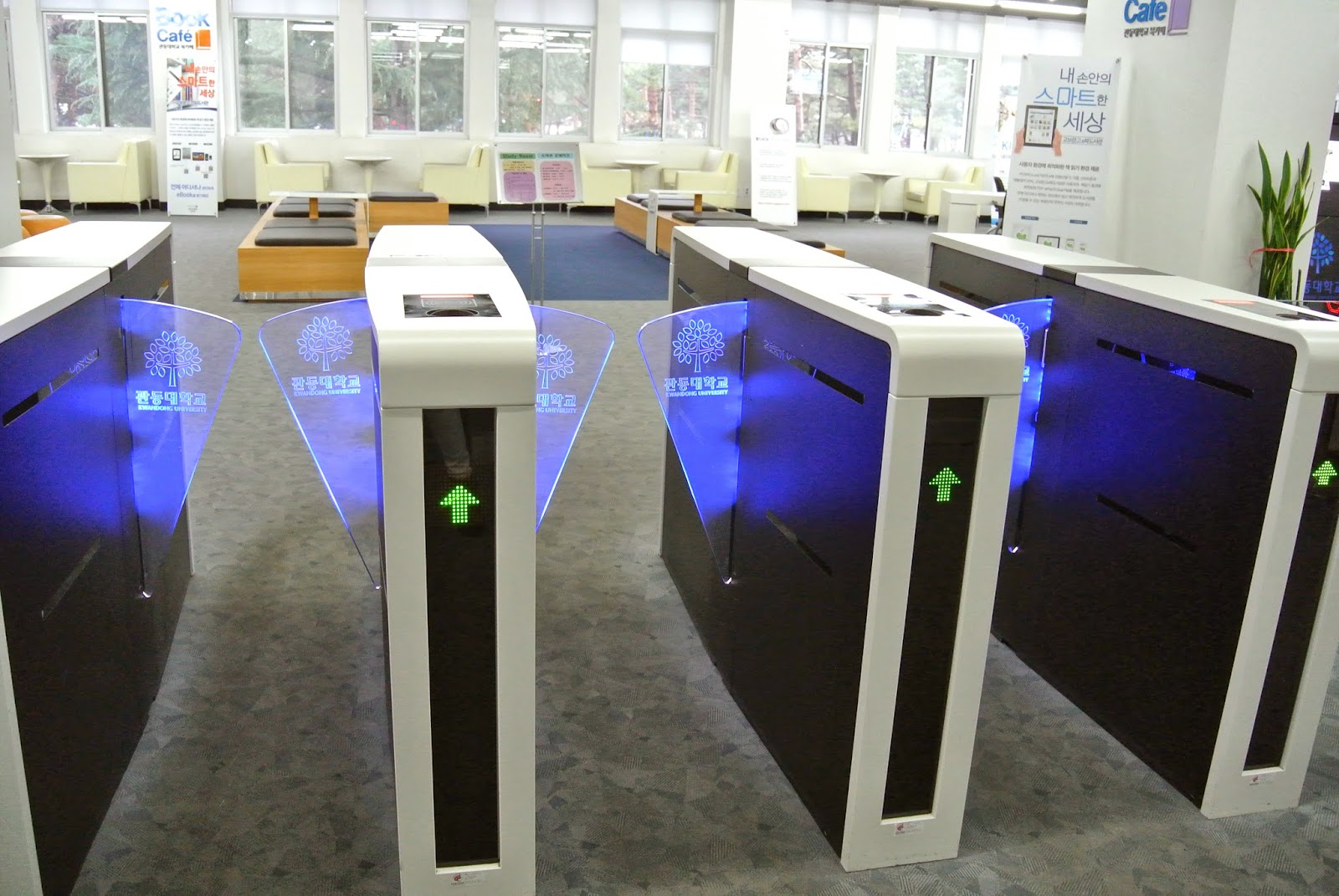 As we entered the main door we should pass another glass door and here we are in order to get in the library we must tap our library card which has barcode into the machine. The library is pretty big so let’s divide the building into left area and right area on each floor. Left area is mainly for study hall while right area is where academic books are displayed. I will just focus on left area because the photos of hundred academic books in shelf is boring. 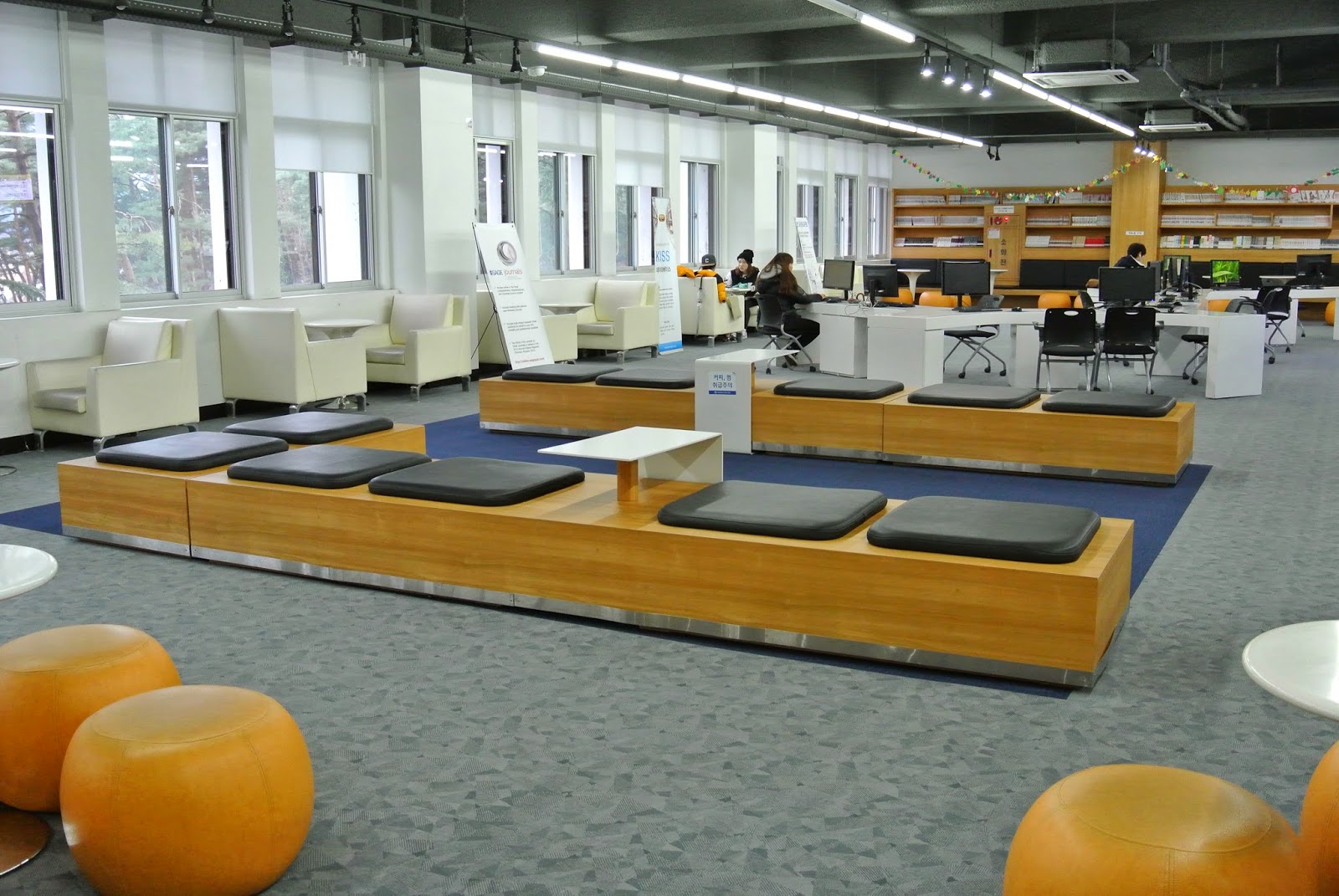 So this is the first floor, the reading hall which I really really adore because it’s so cozy, computer with internet access, and comics, yes! comics! 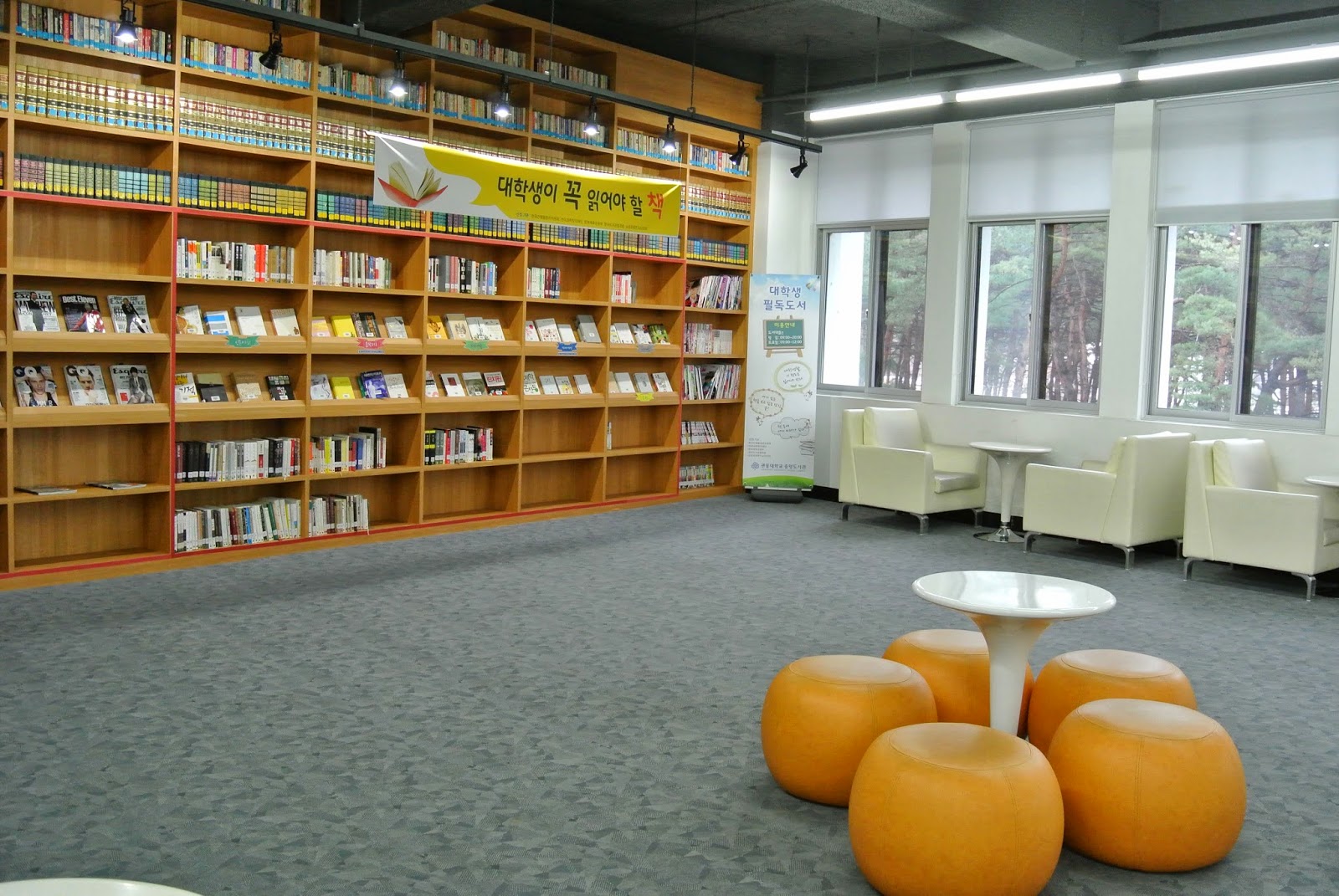 On the right shelf is the place for Japanesse entertainment magazine. 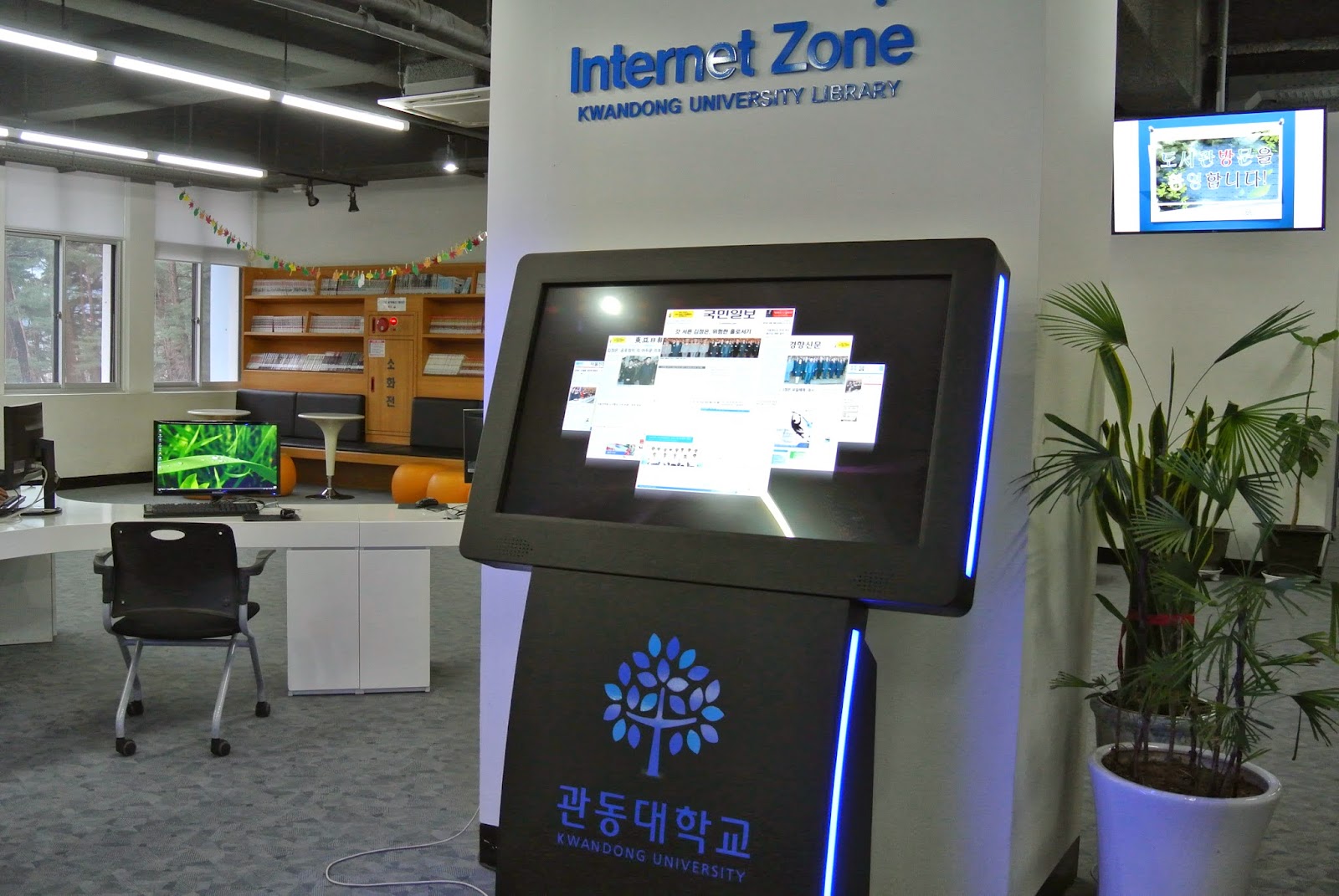 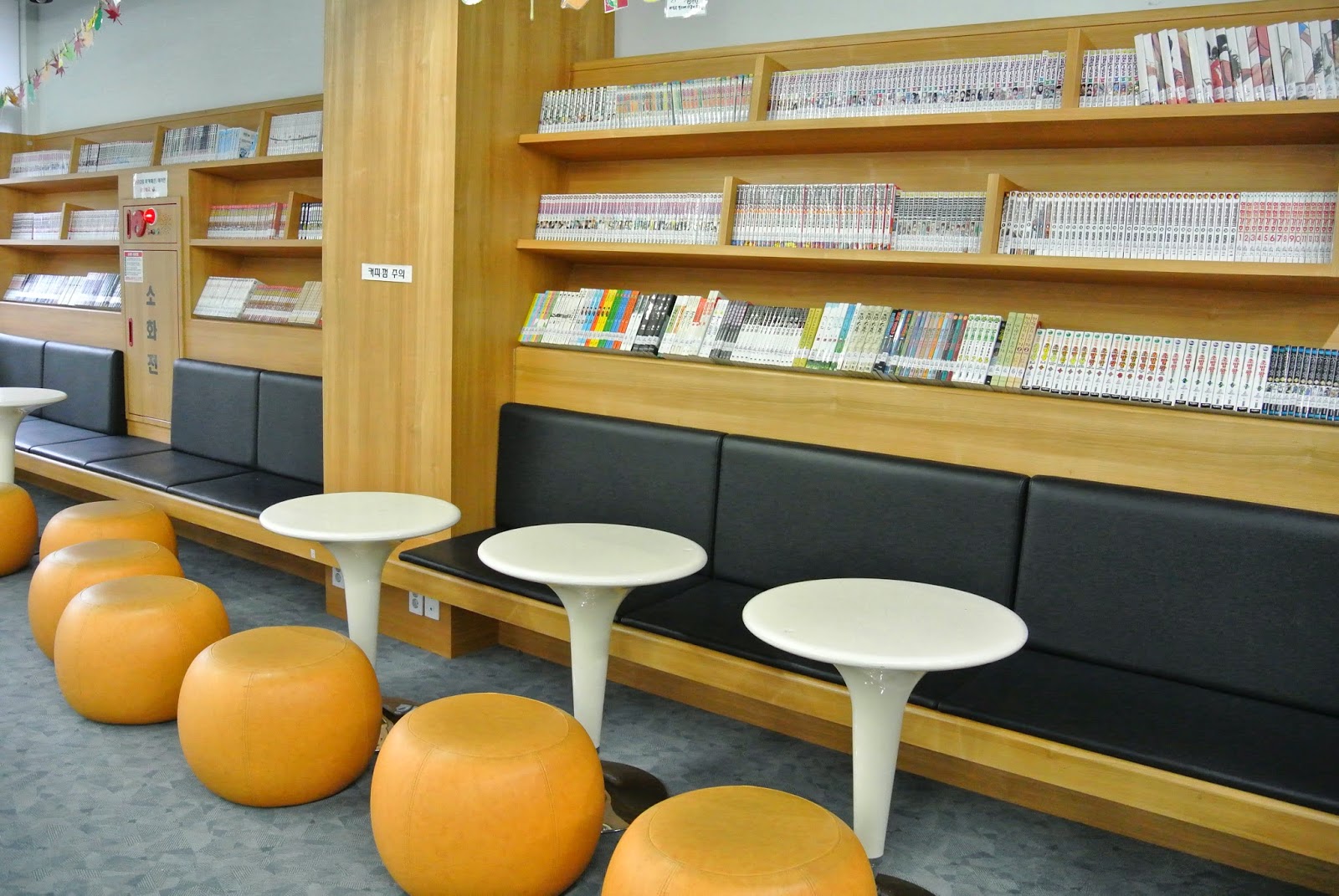 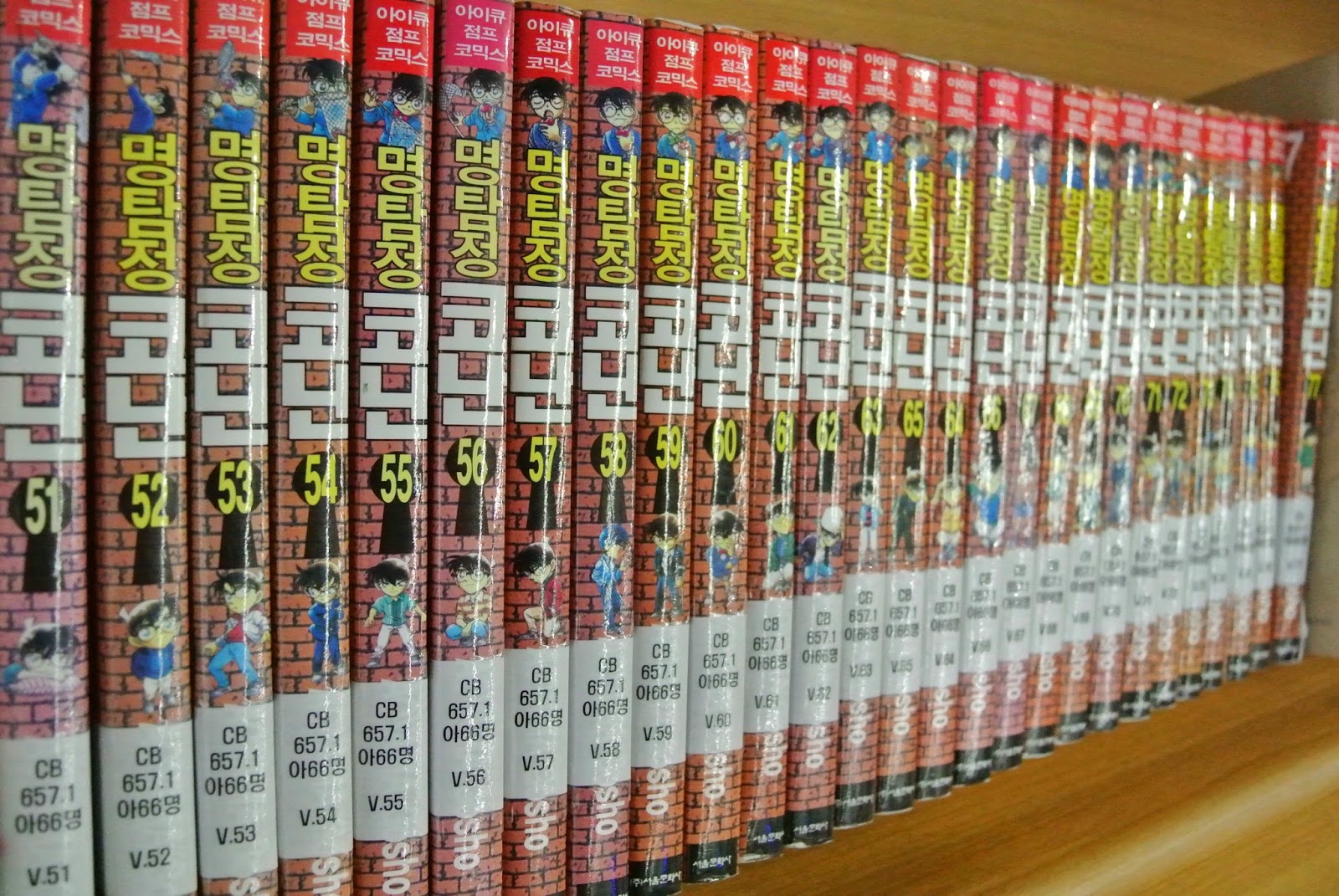 this is what I’m talking about. The shelf is full of comic books. series of Detective Conan? You got it. One Piece? You got it. Of course these comics are in korean. 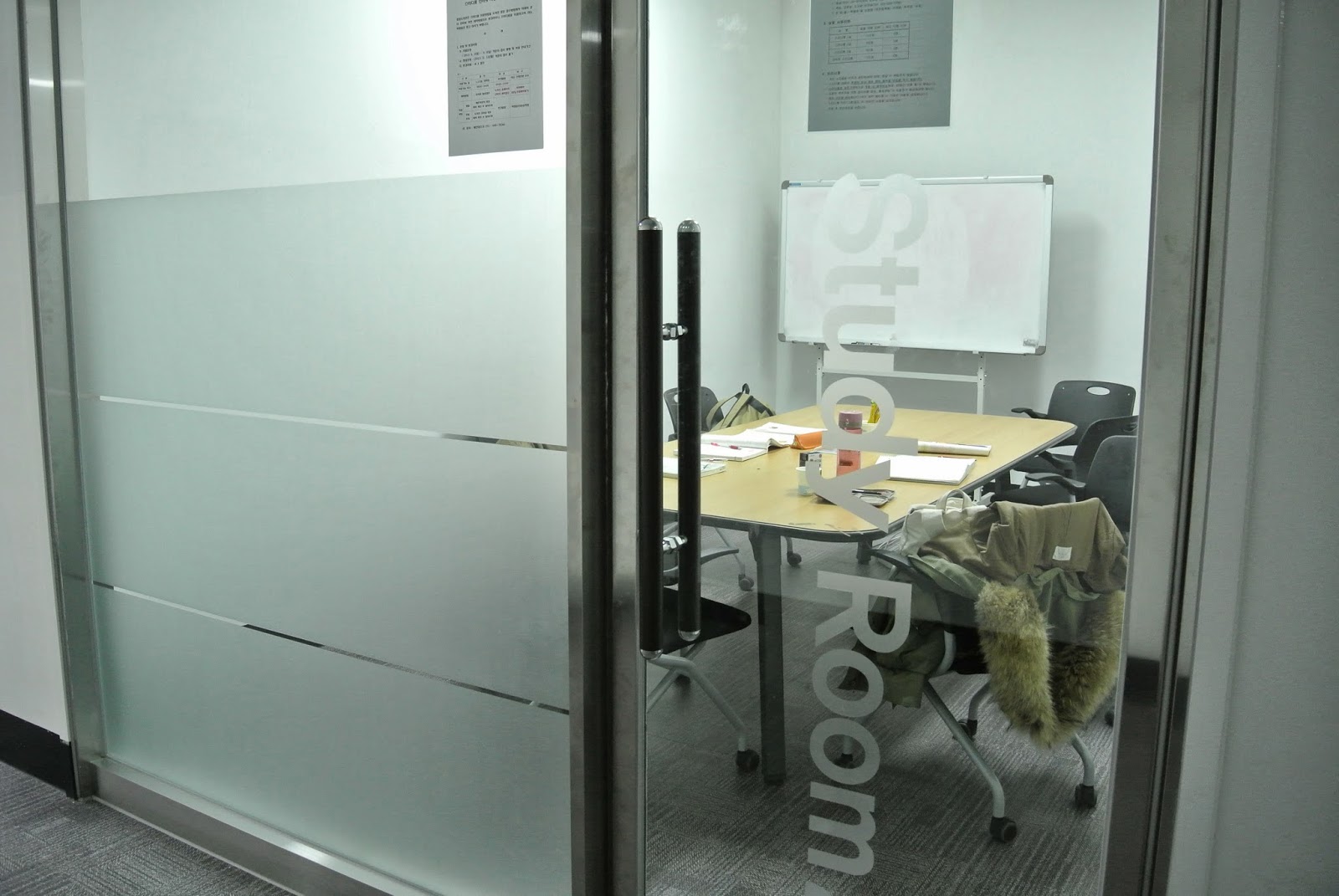 Now we are on the second floor. It has 4 exclusive study rooms which is pretty awesome. Damn, I wish we had it in my university. I’ve never used that study room because I had no such assignment to work as group tho. 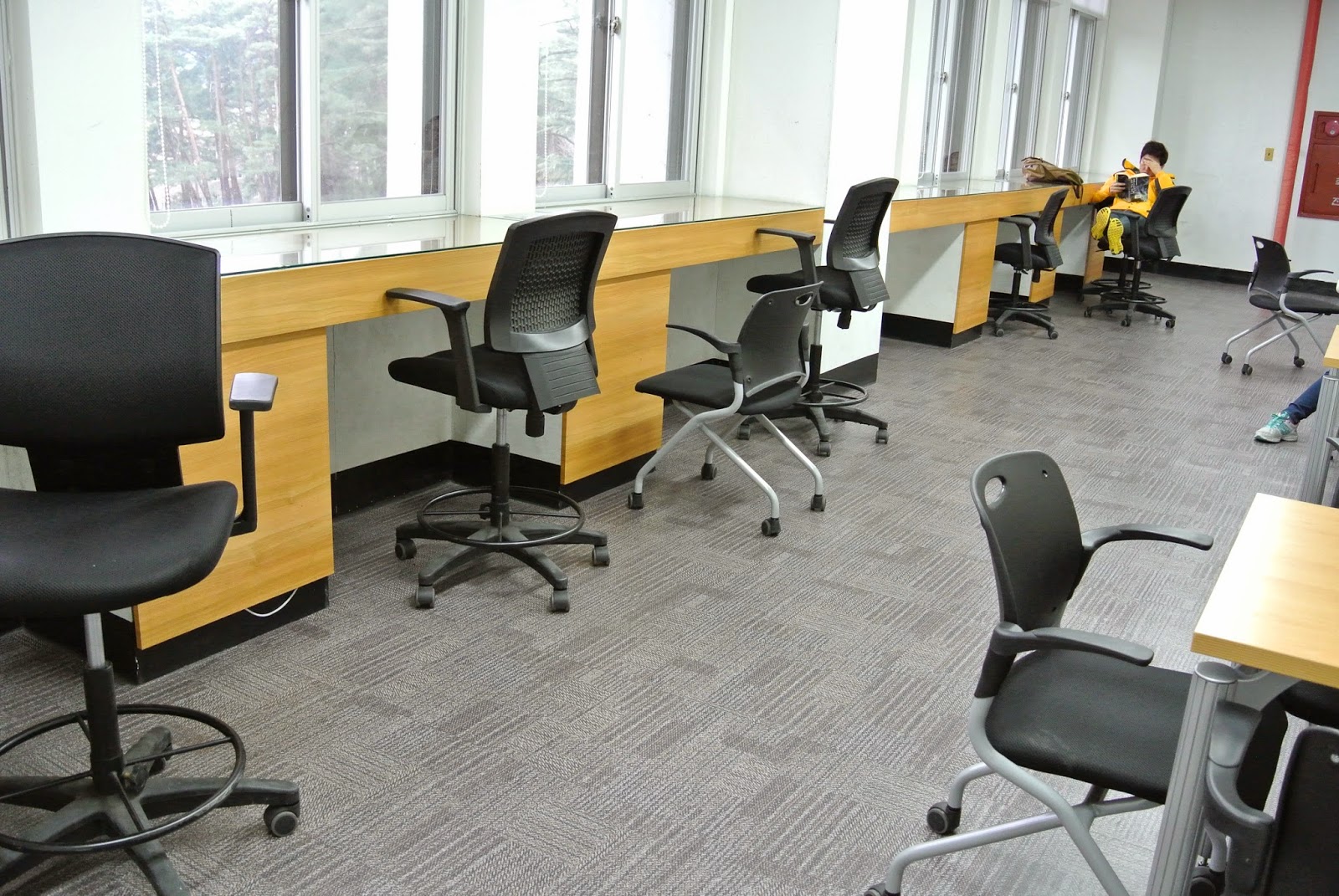 Still on second floor, here was the place I used to visit with boyfriend for studying. Ah, also the place where I witnessed the first snow fell down through that window. (Errrr, dude in yellow outfit, I didn’t mean to take a pic of you, please) 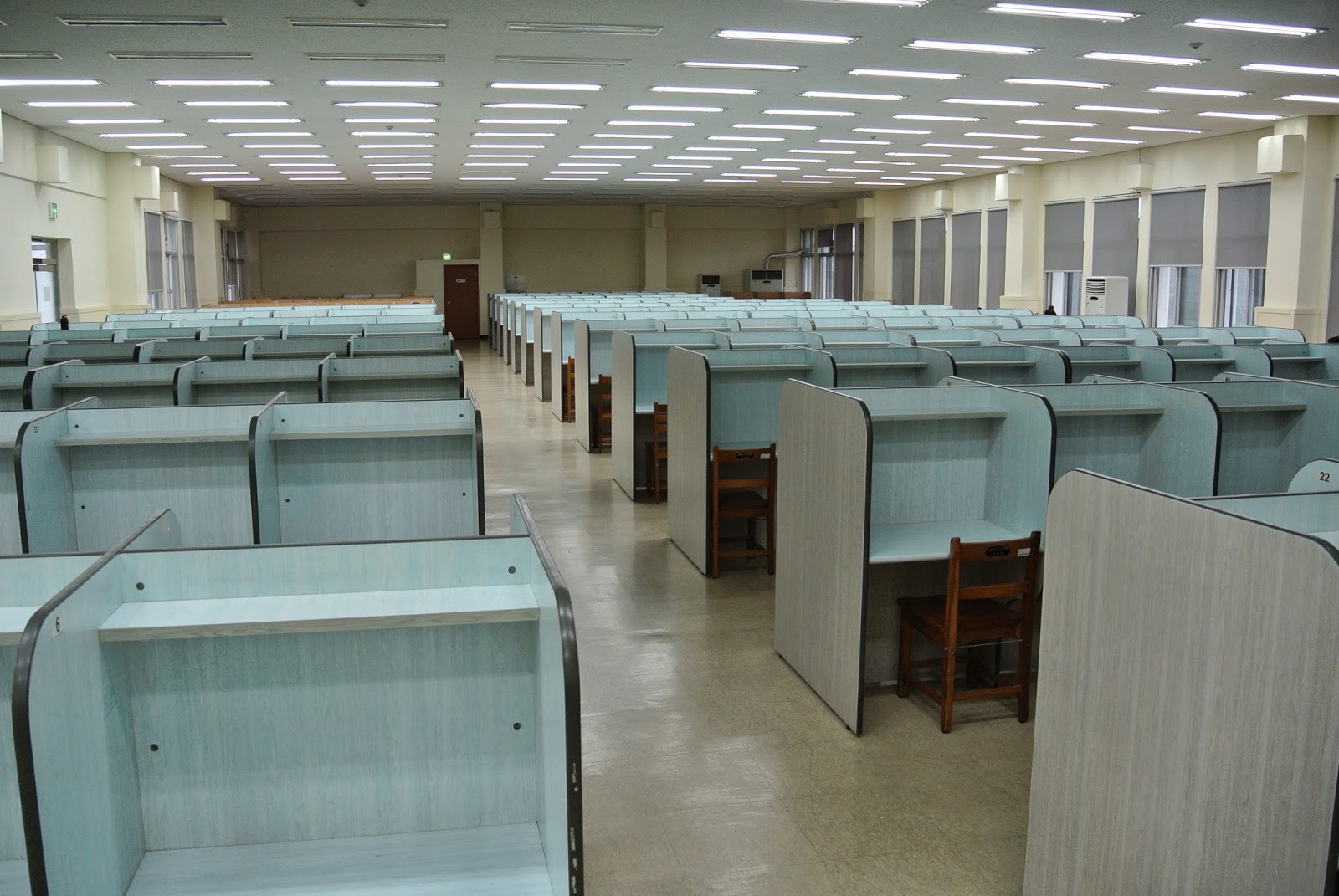 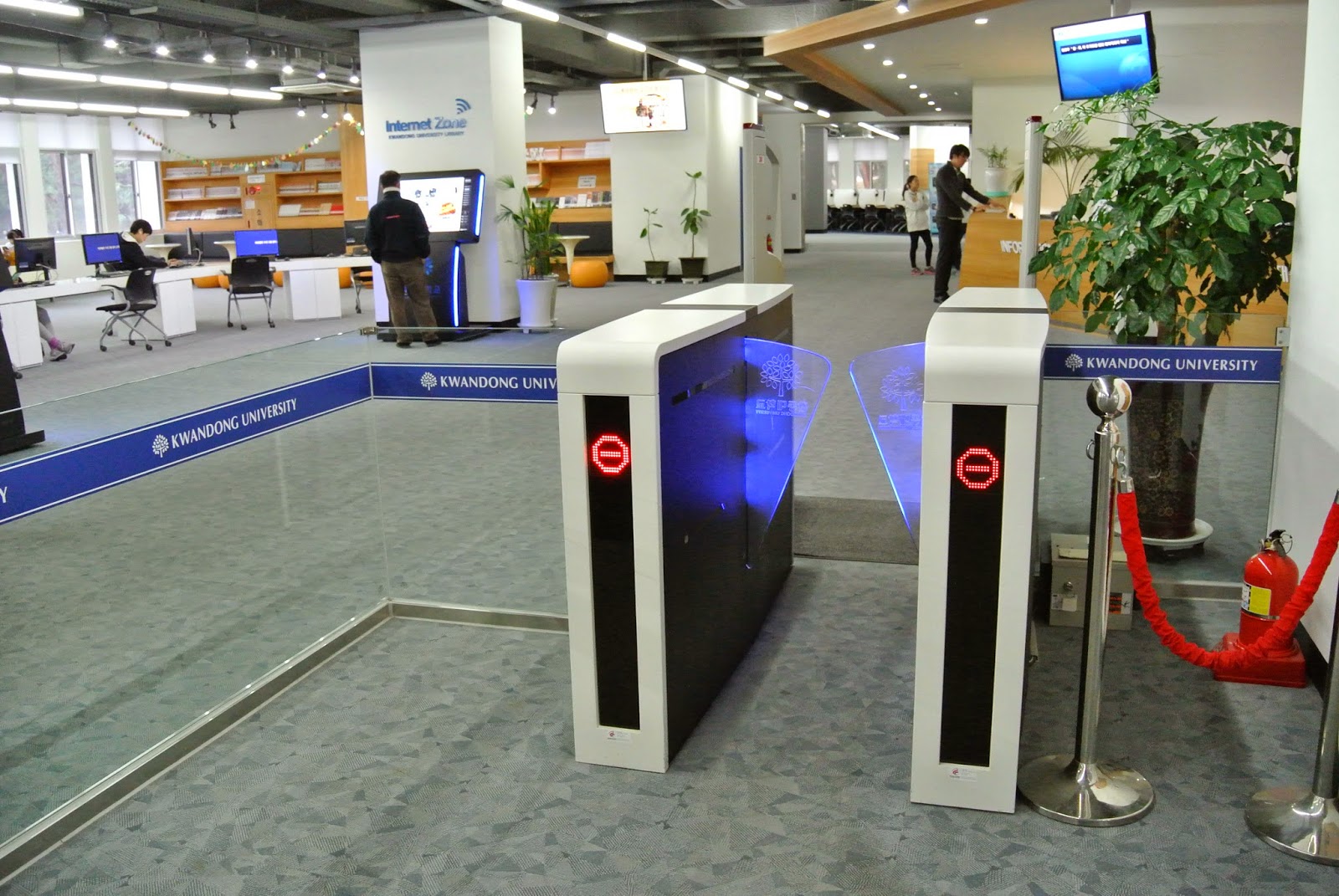 And here is the exit gate, we must tap our library card again.  As we stepped down on the first floor, my bf and me often compete like racing who reach the exit gate first. Wanted to be the winner, we walked really fast even running sometimes while elbowing each other which I now wonder whether we drew attention from korean people, we were childish, I know. But I like it :p
*** to be continue ***
Post Views: 1,478
Comment